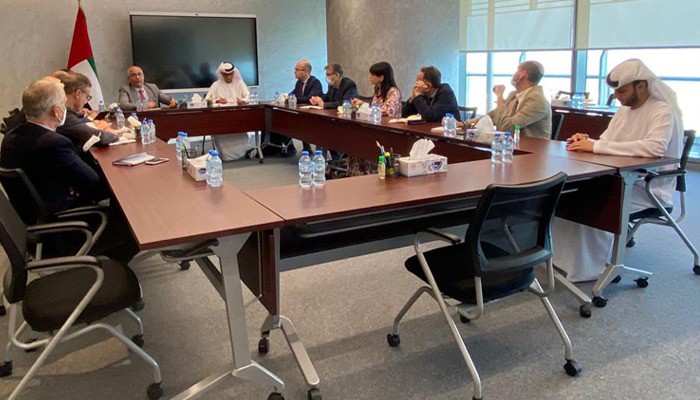 During the meeting, they discussed the mechanism of bilateral cooperation to promote the values ​​of peace and global citizenship in Muslim communities. The meeting also discussed issues of coexistence, the national state, citizenship, and integration. It also tackled consolidating concepts of religious, ethnic, and cultural pluralism, to achieve cooperation and interdependence for the benefit of nations in the whole world.

They also discussed ways to formulate scientific and rehabilitation programs to confront extremist and isolationist ideologies, through achieving contemporary jurisprudence within the tolerant Islamic Sharia, in a way consistent with the conditions of the Muslim communities in the countries in which they live. They also discussed ways to strengthen the positive role of Muslims in various parts of the world.