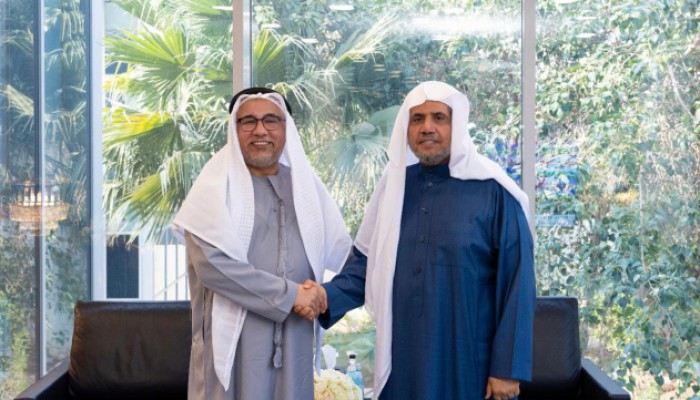 During the meeting, the two sides discussed a mechanism for enhancing cooperation between them to serve Muslim societies, discuss issues of coexistence, and emphasise the national state, citizenship and integration, as well as the localisation of the concepts of religious, ethnic, and cultural pluralism, in a way that achieves cooperation and solidarity for the benefit of nations in the whole world

Both sides also discussed ways to formulate scientific, academic and rehabilitation programmes to face the ideology of extremism and isolationism, through serious work to achieve contemporary jurisprudence within the tolerant Islamic Sharia, and in a manner consistent with the conditions of the members of Muslim societies in the countries in which they live, and seeking to enhance the positive role of Muslims in various parts of the world