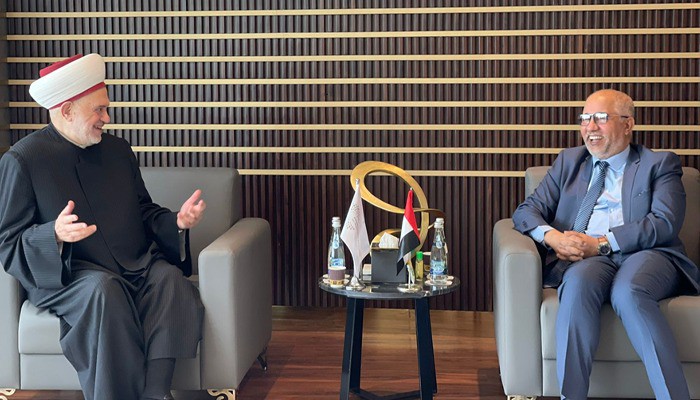 His Excellency Dr. Mohamed Bechari, Secretary-General of The World Muslim Communities Council, welcomes His Excellency Sheikh Dr. Hossam El-Din Farfour, President of Al-Fateh Islamic Academy- branch of the University of Levant for Sharia Sciences, and Vice-President of the Ifta Council in the Syrian Republic., at the headquarters of the Council in the UAE capital Abu Dhabi on Monday March 14th.

They exchanged commemorative shields at the end of the meeting