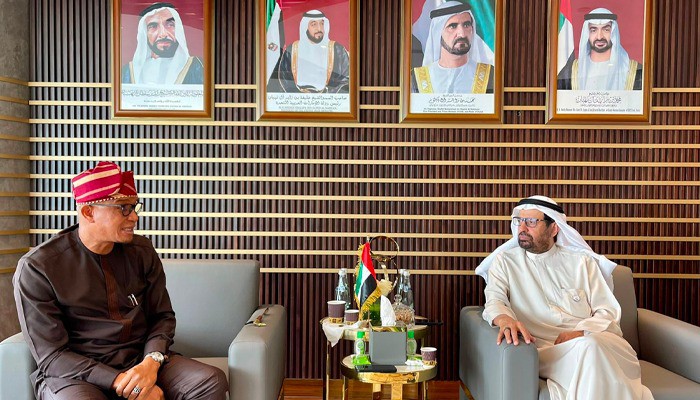 They exchanged commemorative shields at the end of the meeting,