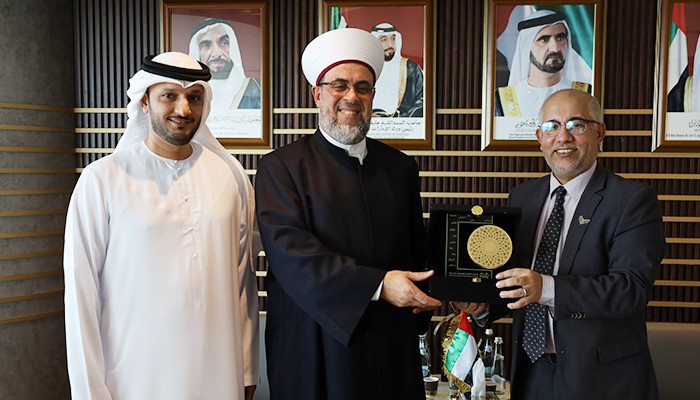 Secretary General of The Council Welcomes Secretary of Fatwa in California

His Excellency Dr. Mohamed Bechari, Secretary-General of The World Muslim Communities Council, welcomed Sheikh Dr. Bilal El-Hallak, Secretary of the Fatwa in California, and imam of Ahl al-Sunnah Mosque, at the Council’s headquarters in the UAE capital Abu Dhabi, on Wednesday, March 2, 2022.

The two parties discussed ways to enhance joint cooperation between to serve Muslim communities, a mechanism for spreading the values ​​of peace, and settling the concepts of religious, ethnic and cultural pluralism, in order to achieve cooperation and interdependence for the benefit of the nations and consolidating the values ​​of moderation, dialogue, tolerance and belonging in the whole world.

At the end of the meeting, the two parties exchanged commemorative shields.