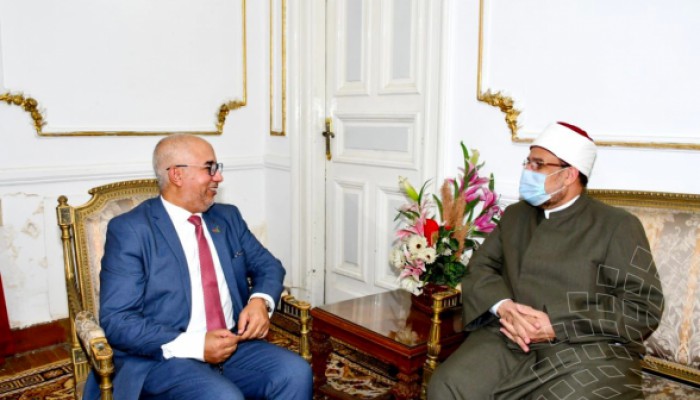 The two parties discussed issues of common interest. During the meeting, His Excellency the Minister of Egyptian Awqaf presented to Dr. Bechari with the latest publications of the Supreme Council and the Ministry of Awqaf, which seeks to spread the true religion and confront extremist thought, entitled: “Ignorance and Awakening”. The book shows with argument and proof the extent to which terrorist and extremist groups distort the meanings of Islamic texts, and take them out of their context.

For his part, Dr. Bechari praised the efforts of the Ministry of Awqaf and the Supreme Council,   especially in confronting extremist ideology.