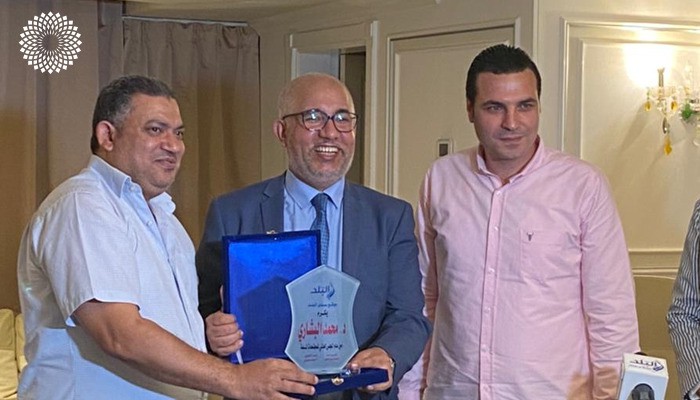 Sada Al-Balad" Channel honored Dr. Mohamed Bechari, Secretary-General of The World Muslim Communities Council, for his role in spreading the Islamic values of dialogue and tolerance values, and his efforts in renewing religious discourse and combating id

Bechari said during "Echo of the Country" symposium, that the Council's vision is based on activating the civilized role of Muslim minorities, to enhance the values ​​of citizenship and cultural pluralism, by highlighting its mission of strengthening partnership, safety and security of homelands, enabling Muslim communities to positively integrate in their countries, achieving harmony between commitment to religion and belonging to the homeland. The Secretary-General of The World Muslim Communities Council indicated that the Council's mission is to make an intellectual and cultural change in Muslim communities around the world, and to encourages its members to be true partners in building civilization, advocating peace, and pioneering tolerance, coexistence and giving. He pointed out that the Council aims to activate academic, professional, legal and human rights mechanisms to reduce stereotyped images of Islam and Muslim minorities in the media, empowering families, women, youth and children from Muslim minorities in the field of education for citizenship to be pride of their national, cultural and religious identity, and to contribute to the development of their communities. Th Council also aims to highlights the successes of members of minorities around the world, disseminates models that promote positive practices, and the civilized contribution of members of Muslim minorities, through their open interaction with the rest of their societies.