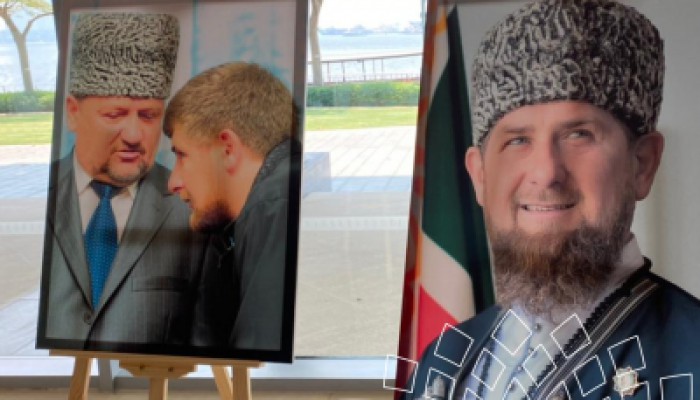 The symposium was distinguished by its great importance. In addition to the place where the book was discussed, the UAE, the land of tolerance, human fraternity and giving, the symposium also celebrated a father of the nation, the martyr and founding president Akhmad Haji Kadyrov, and the father of His Excellency Ramzan Kadyrov, President of the Chechen Republic in the Russian Federation. In his opening speech, His Excellency Dr. Ali Rashid Al-Nuaimi, Chairman of The World Muslim Communities Council, said, "The martyr hero Ahmed Haji Kadyrov led a battle against al-Qaeda, which required a great courage. Kadyrov carried the banner of saving his people from terrorism," stressing that "the martyr President Kadyrov is a hero provided us with a model to understanding the situation of Islam and Muslims as a component in non-Islamic countries. He knew before 20 years ago what we have discovered now." “It was a brave initiative adopted by the martyr Kadyrov, recognizing that the Chechen Republic is a natural component of the republic of the Russian Federation, so he convincing his people about that, as the only way to achieves security and prosperity,” added Al Nuaimi, noting that "the advantage of the Chechen leadership, whether during the period of Kadyrov or h8s son, is to invests in the human being, especially the youth. I wish Muslim all around the would study about this experience”. His Excellency Umarov Dzambolat, Deputy Prime Minister for Political Affairs of the Chechen Republic and former Minister of Information, praised "the rational approach and enlightened vision of the martyr Ahmed Haji Kadyrov, his dealing with religious issues and his way to unification of the nation by rejecting violence and fanaticism." 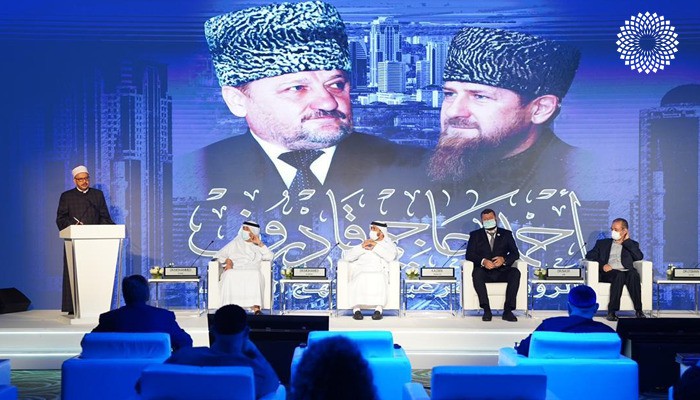 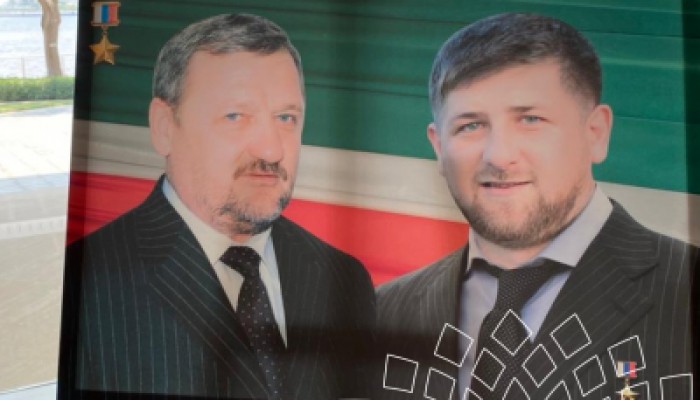 His Excellency Dr. Mohamed Al-Baili, Head of Educators Without Borders, spoke about “the philosophy of the martyr Kadyrov, and how it balances between the developments of reality and its repercussions, and the legal approach,” explaining that “the martyr Ahmed Haji Kadyrov succeeded in re-exporting the image of Chechnya into the global collective consciousness, when he managed to defeat terrorism and consolidate the values ​​of tolerance and coexistence, to become an inspiring model in the region. His Excellency Turku Davydov, Advisor to the President of the Chechen Republic in the Arab countries, said, "I am pleased and honored to welcome you to this event, which was organized on the occasion of the 70th anniversary of the birth of this wonderful person who had a pioneering role in promoting human peace, spreading tolerance and confronting the culture of war, exclusion and extremism," insisting that it is great to celebrate this anniversary in the United Arab Emirates, the land of tolerance and coexistence. With regard to the story of the book, His Excellency Turku Dawidov said: “The story of this book began here, as I and my friend Dr. Othman Abdul Rahim wanted to make the world know about a great person, who supported coexistence, by highlighting his legal approach and reformist vision, and how he is a model for upcoming humanity. In part of the book, we discussed his approach, and how all of this was reflected on the personality of the incumbent President. His Excellency Dr. Mohamed Al-Obaidli, Adviser to the President of The World Muslim Communities Council for Scientific and Academic Affairs, said: “Chechnya has suffered a scourge of wars for many years, and passed through difficult circumstances, until Allah given it an outstanding leader who took it to the path of truth and righteousness, and established its national unity and stability". "His Excellency President Ramadan followed the path of his father in rejecting extremism in the Republic of Chechnya," added Al-Obaidli. Kazbek Ismailov, head of the Center for Cultural and Social Communication, and a member of the Russian Press Federation, said that "the martyr Kadyrov succeeded in drawing a road map for the consolidation of religious concepts and a straight vision that guarantees the well-being of societies." The symposium, which was held at the InterContinental Festival City Center Hotel in Dubai, concluded with a speech by Osman Ahmed Abdel Rahim, author of the book, who stressed that "the legacy of the martyr Kadyrov and his ideas are still inspiring our societies as a points of light in our world that continues to suffer terror, violence and destruction.