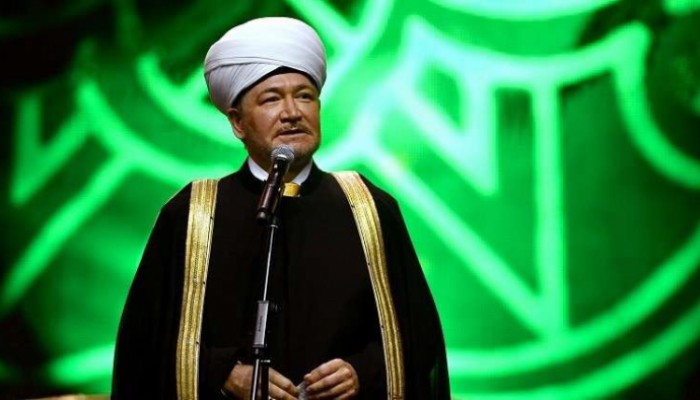 With the participation of The World Muslim Communities Council..... Rawi Ayneddine was re-elected as the Head of Russian Council of Muftis

The Russian Council of Muftis has re-elected Sheikh Rawi Ayneddine as the Head of the Council for another five-year term.

He has been unanimously elected in Grand Masjid in Moscow, during the Conference on "Islam in Age of Globalization" underway in Russia and attended by The World Muslim Communities Council.

In a statement issued after the Conference held in Moscow Masjid on tuesday, during Conference of Russian Council of Muftis, the president of the council has been re-elected for another five-year term. According to vote results, Sheikh Mufti Rawi Ayneddine, has been unanimously elected as a president.

In his speech, Mufti Rawi said that enlightenment and education serve as a weapon against terrorism and chauvinism, stressing that the council should be working out on this regard and added that one of the council's priorities is to continue to build Masjids in Russia.

In addition to, during the conference members have been elected for the presidency of Russian Council of Muftis involving 10 members, RT website suggested.