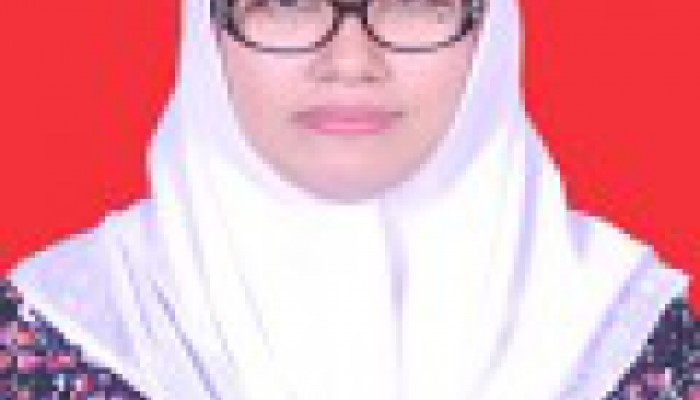 Ronald was born in Waipo, Central Molucca, on July 31, 1989; he was an army child raised in a devout Christian family. Before 1998 he had never heard any issues related to Christian-Islamic conflict, until 1999 a riot began in Ambon and all of sudden changed everything, social tensions quickly escalated to Ternate. The Yellow Forces represent the Christian group, while the White Forces represent the Islamic stronghold, an unwritten demarcation limits were set between the two conflicting communities, which means surpassing the demarcation must be paid for with life. Continuous attacks were taking place in guerrillas, sometimes in the form of direct resistance with armed machetes or homemade firearms. Houses were burned, items looted, churches and mosques became the headquarters of each camp. Bodies were everywhere, thousands of victims of civil society and hundreds of thousands have been forced to flee. The story is a fragment of the picture of the Maluku conflict tragedy from the Delapan Kisah ‘Hijrah’ dari Kekerasan Menuju Bina Damai (Eight Stories of 'Migration' from Violence towards Peace Building) published by Pusad Paramadina.

Molucca’s communal conflict was and the culmination of acute social segregation following absence of significant policy to bridge the problem. Regardless of the conflict, however there is common a culture of pela gandong- a spirit which is a bond of solidarity among Maluku people. It is with this enthusiasm that the approaches to reconciliation find an entrance, amidst the chaos and the reluctance of all conflicting parties to sit together at a dialogue forum, a fact, that culture-pela gandong- is one of the important elements for the people of Maluku to rebuild their brotherhood. On the other hand, the activities of papalele women and jibu-jibu women who continue to carry out their daily economic activities in the midst of communal conflicts, indirectly building a safe perception on community, which was then, became the main foundation in building a post-conflict reconciliation.

Most of women in Indonesia play a role in supporting family economic activities. In the Moluccan community, the papalele women are the spearhead of the family economy particularly in a community with low levels income below the poverty line. The Jibu-Jibu women peddled their seafood and processed products by walking around from village to village; they stopped at one point to hold their wares, as well as the papalele women were peddlers who peddled product. When conflicts occur in Maluku, economic activities was totally paralyzed, community social activities experience in segregation, community interactions were limited by barricades between the two communities, give consequences to very limited community interaction, culminating into market paralysis which ultimately leads into larger social paralysis suffered by the community as whole, the scarcity of daily basic necessities due to the absence of public transportation facilities, goods and services, resulting in the problem of transfer necessities supplies from outside Ambon. Under these conditions, scarcity of basic needs occurs, followed by skyrocketing prices of basic daily necessities. In a situation like this, the papalele women still work hand in hand in their respective communities, with the spirit of pela gandong,(cultural solidarity) try to bridge the scarcity of goods, by facilitating the limited availability of goods to meet the demand for each other in hostile communities.

Economic transactions on the boundary of conflict were the choice of papalele women to try to break out the cycle of violence and conflict that kill economic activities. They continue to do this regardless of the demarcation of boundaries between hostile communities, even though during the conflict, passing the community demarcation meant paying with lives. This activity indirectly builds a natural reconciliation process carried out by the Jibu-jibu women and papalele women who see how conflict has a negative impact on household income. The process of interaction that occurs at the grassroots level in two hostile communities starts from the process of domestic economic transactions and trade transactions in the traditional market, later on the communication gradually established by two religious communities which the indirectly and slowly, give subsequent influence on the people’s perceptions among the two conflicting religious communities which ultimately leading to the process reconciliation.

Similarly, the role of women’s contribution as agents in the reconciliation of the Maluku conflict was seen from the existence of the Gerakan Perduli Perempuan (GPP), Lingkar Pemberdayaan Perempuan dan Anak (LAPPAN), Ekkaleo Foundation, Ambon EWS Social Conflict, and several others social community appeared at the grassroots level, all of which were formed from the initiative of women from conflicting religious communities in Molucca who shared the same perception of peace as a form of Mutual Needs, these women acted as agents of peace, humanitarian workers, and assistants victims, family economic support, besides, women also take part as local negotiators, mediators and facilitators. It was from this process, that Maluku women were brought to participate in natural and participative peace building. Factors that are motivated by the responsibility to maintain the integrity of the family, family economic sustainability and safeguarding children, which they are will be the future of the family, the common perception of mutual needs help revive the community to restore local slogans about a culture of togetherness, mutual cooperation, mutual need to rediscover meaning in the midst of a burning conflict.

Therefore, the reality of economic interaction among grassroots communities can be a catalyst in rebuilding the interaction of people who were paralyzed by conflict, it is indicated that the papalele and jibu-jibu women helps re-strengthen social networks and beliefs in their groups and outside their groups, they become agents between communities and successfully maintain the culture of urang basudara (salam-salami) during the process of distribution of needs, making the activities of these women play an important role for social harmonization. The economic activity of selling around village to village has succeeded in re-creating social relations, wherein friendship and brotherhood grow back, as the important entrance toward reconciliation process, and making Molucca’s conflict as a form of paradigm shift in cultural turn in peace research by increasing acknowledgment of traditional element as means of reconciliation.