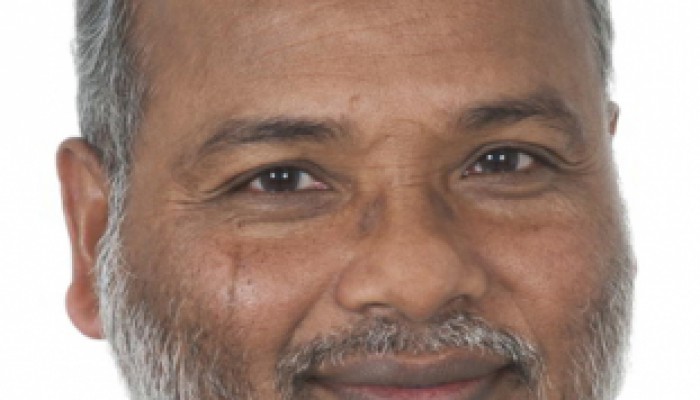 Contributions and Challenges of Muslims in Multicultural Australia

Australia is a vibrant migrant nation where vast majority of the population are either migrants or descendants of migrants. In the recent years, multiculturalism has become a well-accepted common identity for all Australians. Followers of all major faiths and people from all ethnic and cultural origins have chosen Australia as their home. Although Australia is a secular democracy, there is official recognition and respect for all religions, languages and cultures.

Muslims came in contact with indigenous population of Australia centuries before the First Fleet of 11 British ships reached Sydney in January 1788 with convicts after Captain Cook first arrived at Botany Bay, NSW in April 1770.

According to Government records, the Musters of 1802 and the Census of 1828, had listed a number of Mohammedans (Muslims). A person by the name of Rhamut, aged 23, came free on the ship "Favourite" in 1801.

In fact, many Muslims from Makassar (a region of Sulawesi of modern day Indonesia) began visiting the coast of northern Australia long before the European colonisation of Australia.  They travelled mainly for trade and fishing, especially in search of sea cucumbers to supply the markets of Southern China. These Muslims never settled in Australia and did not intervene the local culture.

The early settlement of Muslims started with the arrival of "Afghan" camel drivers who were brought to Australia during the mid to late 19th century to tend the camel trains that helped open the continent's vast interior. Camels were first imported into Australia in 1840, initially for exploring the arid interior, improve transport of goods and postal services. By 1901 there were estimated to be about 4000 'cameleers' in Australia. Although they came from several countries of the subcontinent, they were known as 'Afghans' and they brought Islam to Australia as most of them were Muslims.

The first mosque in Australia was built in 1861 at Marree, South Australia. The Great Mosque of Adelaide was built in 1888 by the descendants of cameleers. In spite of building mosques many early Muslims failed to preserve their faith and culture in the harsh and challenging environment.

Cameleers settled in the areas near Alice Springs and other areas of the Northern Territory and inter-married with the indigenous women. The Adelaide to Darwin, Northern Territory, railway is named The Ghan (short for The Afghan) in their memory.

Australia restricted migration of Muslims due to the introduction of ‘White Australia’ policy by the newly formed federal parliament on 23 December 1901. The drive behind the policy was to limit non-white migration to Australia. The criticism of non-white people were based on the ‘white supremacy’ idea that they were less advanced than white people in all ways, especially morally and intellectually.  However, some Muslims of European origin (eg Albania and Turkey) were able to come to Australia as they were white. These immigrants built the first mosque in Victoria in Shepparton (near Melbourne) in 1956. In early 1970’s some Muslims arrived in Australia as refuges from Lebanon. Later a limited number of Muslims came from Fiji and subcontinent.  These migrants started setting up mosques and Islamic Societies to facilitate learning and practice of Islam in Australia.

When Australia opened its door for skilled migrant in late 1980’s number of Muslims settling in Australia started to increase. Mostly highly skilled professionals from all over world joined Australian workforce including Muslims.

Multiculturalism is the most suitable narrative to include all Australians. Australia is a nation of 26 million stories, and diversity is a reality and multiculturalism is a fact of life. Multicultural Australia has successfully integrated it diverse population of many faiths, nationalities and ethnicities.  Multiculturalism not only ensures inclusiveness of individuals but also recognises rights of every ethnic and faith group within the law of the country.

The first Multicultural Australia Statement was adopted by the Federal Parliament in 1996 which was amended in 2011 and 2017. This document says, “Multicultural Australia – United, Strong and Successful”. It also testifies, “Australia is the most successful multicultural society in the world and it is an immigration nation.” Almost half of the current population were either born overseas or has at least one parent born overseas, they come from every culture, every race, every faith, every nation. Australian nationality is defined not by race, religion or culture, but by shared values of freedom, democracy, the rule of law and equality of opportunity.

To unite Australians, the Government has introduced a set of values that characterize the nation. They are (1) respect for the freedom and dignity of the individual, freedom of religion, commitment to the rule of law, Parliamentary democracy, equality of men and women and a spirit of egalitarianism that embraces mutual respect, tolerance, fair play and compassion for those in need and pursuit of the public good; (2) equality of opportunity for individuals, regardless of their race, religion or ethnic background; and (3) the English language, as the national language, is an important unifying element of Australian society.

The contribution of Muslims in Australia is significant, especially in the area of science, technology, food, healthcare, international trade, education, halal business, sports, culture and security. Apart from a very small number of refugees, majority of Muslims in Australia are highly skilled professionals, and well placed among in their peers.

Muslims are the most talked about people of Australia in recent years. Due to unfair and relentless spread of misinformation about Muslims and Islam some Australians are uncomfortable with the presence of Muslims, and suggesting to stop Muslim migration. Muslim leaders in local, state and national levels have stood firm, and working hard, to expel the misunderstanding and spread of hate within Australian population. Almost all Muslim organisations, including the Australian Federation of Islamic Councils (AFIC) and Australian National Imam Councils (ANIC), are closely working with numerous cultural and faith communities and various levels governments and non-government agencies to ensure peace and harmony with respect and dignity for everyone. The Government acknowledges the key contribution of the Muslim community to eliminate radicalisation and extremism.

Under the multicultural Australia, Muslims have established many Islamic Schools for better education of their children. Growing number of mosques are being established to meet the spiritual need of Muslims. Many mosques run weekend and after hour Madrasa for teaching Islam to the children. They provide counselling support to Muslim families, and engage with non-Muslims through regular Mosque Open Days, Food Festivals, public celebration of Eid and days of national significance, and participating in sports and community activities. In many places Muslims successfully lead the multifaith and multicultural activities to the benefit of all Australians. Increased number of Muslims are now taking part in Australian politics. In the current Federal Parliament opposition Labor Party has two Muslim MPs and Green Party has a Muslim Senator.

Muslims in Australia are directly affected by the acts of violence anywhere in the world.  They are not always free from exclusion and prejudice in their everyday lives as Australians. The criminal acts of some misguided people bringing unfair blame on the entirely peaceful community. Muslims are continuously working with the wider Australian population to make Islam an integral part of history and identity of this nation. Alongside working for the well-being and benefit of Muslims, they are taking Islam to the wider community in a positive way by demonstrating that Islam is a non-violent religion that promotes equality, care, love, respect and compassion.