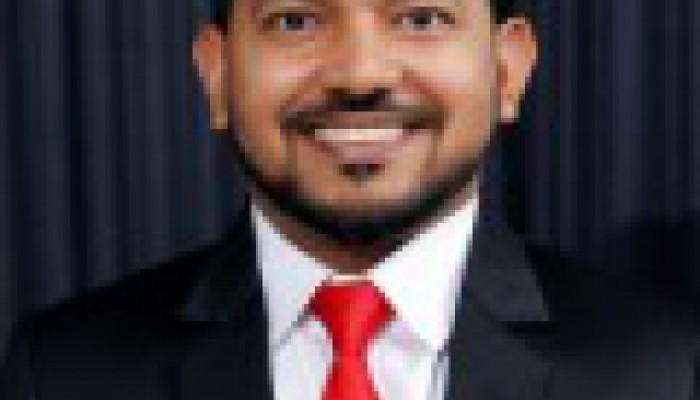 Living Together in Diversity: Matrilineal Models from India

The matrilineal system of inheritance is a special feature of Muslims society living in Indian Ocean coastal line, where the audacity and heroism of women were   outwardly visible in the public and socially acclaimed.    The system emerged and developed among the Muslim communities out of the incorporation of the local ethos to Islamic culture. This was flourished and supported by the regional families as part of their family traditions. Though the family accepted Islam they were not changing their usual family customs.       Women got prominence in the Matrilineal family and higher female authority of the matrilineal society   is source of power and actively  executes   the economic , social and even rituals at the  ancestral home.

Matrilineal system was accepting the unique nature of living together in diversity without discriminations in the family and social customs. The number of wedding rituals  were unique and colourful for their  special forms derived from the assimilation of  various cultures. Matrilineal community celebrated   marriages as special   festivals with family and friends.  People helped each other to make the event much colorful and effective with all kinds of support. The singers and traditional dancers took the privilege of enjoying the moment of being part of the cultural festival. People helped each other to make the event colorful and emotionally effective without expecting any remuneration or payment.  The singers and traditional dancers enjoyed the privilege of being part of the cultural festival.  There were special groups to sing songs composed specifically for each marriage, including the names of the bride, bridegroom, and both families.  The groups coming from the bride’s house and from the house of the bridegroom’s house competed in the songs.  Some instant poets and singers on the spur of the moment invented lines and counter lines to beat the other group.  The Marriage was the regional festival of the village, so everyone contributed to the event by working hard to make it successful.

The cultural assimilation was also reflected  in the style of the Matrilineal houses, which adopted conventional architecture to suit the climate,  available building materials and  the craftsmanship of time-honored builders. Muslims and non-Muslims built the same type of houses  considering their financial  status.  The traditional Muslim  Tharawad was  just a replica of Hindu houses and they were all built  following traditional vastu. Almost all rooms in both Hindu and Muslim houses were denoted by the same name in various areas. Muslim houses had special place for ritualistic purpose whereas  Hindu houses had Pooja room. Muslim ancestral house  kept  two built-in platforms on both  sides to the entrance in the open area,  special  place for performing traditional ritual arts  like Ratib or Mawlid.

These big houses were normally two stories and wooden staircase to the second floor was placed in this area. It was an important part when the house kept the tradition of matrilineal pattern, in which the rooms of husbands who married from the house were arranged. This is traditionally called Arra,  private bed come leisure place  of visiting husbands. All other people living in the house gave much respect and concern to this person who however long  stays , considered as the respectful guest of the family. The Central courtyard area was in the centre of the house where normally a square  opening on the roof provides much freedom to enjoy the natural wind inside the house. This system kept the house cool and naturally abides to the special climatic seasons of Malabar. This was really a blind adaptation of the traditional non-Muslims  houses to the Muslim life styles, integrating some Islamic flavours, but most of them were derived from the cross cultural relation.   If it is small it was called Naduvakam, where the open sky was visible and inhabitants  enjoyed better ventilation. It was a building structure which helped  the people  to live with nature and weather conditions.

In the marriage ceremonies also the cultural assimilation is widely reflected. Nikah is the important  and peculiar religious ceremony in a Muslim marriage. But in traditional practice of Malabar, consummation of marriage can take place only after holding a function called kalyanam.  In some cases nikah will be solemnized   months or years ahead of  real traditional kalyanam. In another tradition nikah could be performed on the day of kalyanam, when the bridegroom and his friends visit the house of the bride.  According to the usual practice of the matrilineal system, nikah  is normally solemnized  in the  bride’s house or in the  mosque near the house.  The activities other than nikah were almost the same in both kalyanam of Muslims and Hindus.  Resembling the Hindu system of Thali Charthal, the Muslim bridegroom also ties the mahar on the neck of the bride when he first visits her. In traditional  style both for Muslim and Hindu marriages are arranged and traditional marriage brokers or family friends or elders of the family help to find matching spouses. The elder male members meet to declare the proposal and fix a date for marriage, which  is officially  called Nischayam. In both systems the decoration of maniyara  is taken as a matter of prestige and in matrilineal  style, which  they spend a lot on to arrange a special room for the bride  groom in bride’s  house and try to make it  as posh as possible. In this special case, the  bride’s family will be very cautious in arranging the maniyara, suitable enough   to satisfy the status of both families. There is a tradition of seeing the maniyara before the  marriage party, in which relatives and friends   prefer to visit maniyara. Now  the maniyara is called Ara as the shortened version of the word.

The Matrilineal  Traditions  in Burial Places

Even in Matrilineal lineage, Muslim women  also emerged to religious higher position like   Qadi, who  used to  fix the date of Eid, Ramdan etc.  Muslim families from the prophetic traditions, who settled here  for centuries  used to follow  the matrilineal  traditions  in their designated holy burial places.  Jifri House of Kozhikode is an identical model for this   practice providing nearest space to daughter and son in law in the  holy shrine of Shiekh Jifri without considering the direct sons as  even after their death.   Cultural assimilations were promoted than monotonously accepting the one tradition, which avoided alienation and helped to flourish  unity in diversity.