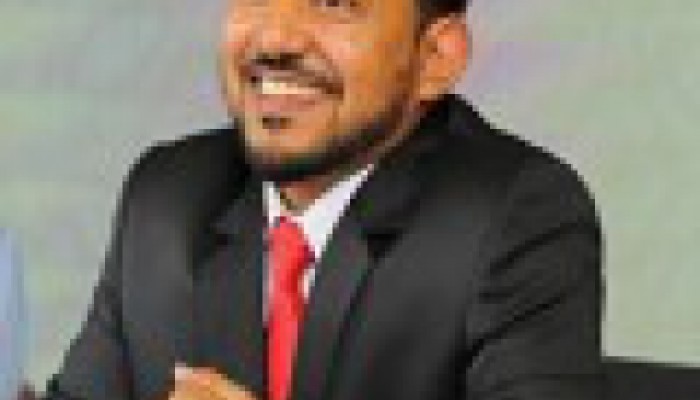 The emergence of special Islamic performing arts, litany, and literature helped to overcome the estrangement between the indigenous groups and the Muslim community in Indian Ocean Coastal lines.  The south Indian Muslims developed various traditional cultural forms as living examples of cultural adaptation, such as Oppana, Kolkkali, and Pattu etc.   Some of the folk performances, like the Kolkkali and Oppana, are mere imitations and modifications of traditional folk items.  The performance of Oppana is indebted to Thiruvatirakkali that is performed exclusively by Hindu women. The clapping and movement in a circle along with joyful recitation of the folk songs are the main characteristics of both Kolkkali and Oppana. The performance itself is rhythmic, artistic, and melodious.

Muslim scholars   accelerated the assimilation and integration through widely popular traditional rhymes and folk languages.  This joyful atmosphere of arts and cultures bonded the people together irrespective of their differences.   Muslims scholars taught the indigenous people the principles and virtues of a happy life through many popular poems.  The practical guidance of moderate Islam propagated by these scholars provided a new perception and distinct vision to prepare for a special spiritual awakening throughout the land.

It is important to note that the basic etiquettes of Islam were taught through folk rhythms, some of which were widely used as part of performing arts. Songs and performances attracted believers, as well as non-believers and paved the way for intercultural poetic evenings with appropriate musical instruments, special singers, and composers.  People tried to incorporate the Prophet’s stories through various art forms invoking a special   aesthetic sense and mood as part of their artistic assimilation.  The prime aims of these arts   were to teach Islamic stories through a popular art form by modulating it in a religiously accepted aesthetic culture and mood.

Pattu is a form of songs derived from the folk culture of Malabar, as well as from the Tamil popular culture, which people celebrated with great passion.  It was an independent form of literature, which kept its special identity through a variety of genres.  Mappila Pattu kept a special rhythm derived from the cultural and social background of Malabar Muslims. There were a variety of songs in this genre classified as Kalyanapattu(Marriage Songs), Malappattu(Religious Eulogies), Qissapattu(Historic Songs), Kathupattu(Letter Songs), Padappattu( War Songs) etc. Letter song takes the form of a letter between a beloved and the lover, or a son and mother, or father and mother or husband and wife living apart in different places and expressing their innermost feelings of love and distress. War  songs are based on the various struggles in the history of Islam, although the range of this kind of poem is much wider.

Ritual Literature of Mala and Mawlid

The Mala is a model for the incorporation of the indigenous communities’ tradition.  By promoting this festival Malabar Muslims also find an opportunity to promote this moderate ideology, which was supported by scholars as a synthesis of two cultures in the social milieu. These events had notably contributed to the popular culture of Islam and accelerated assimilation of different traditions by bridging the gap between Hindu and Muslim communities.

It was remarkable that the composition of the famous eulogy on the Prophet called Mawlid managed to influence the personal and social life. This special poem played a prominent role in binding people to the blessed tradition of the Prophet.  People maintained the interesting practice of reciting the Mawlid as a mixture of prose and poetry in praise of the beloved Prophet. This art form was very popular, like the folk performance played by the Kurava, who were experts in both palmistry and the traditional cultural  performances in order to wash out bad omens from the life of new born babies and adults from the villages.  The Mawlid was frequently recited in Malabar Muslim homes, as well as in the mosques, each with a particular meter and rhythm and occasionally with a chorus.  This exclusive practice with aesthetic perception kept alive the Prophet’s stories in the minds of the  people.

Nercha festival helps to boost harmony in the society.  Assimilation of cultures through events, preserving the vision of   harmonious living and popularizing the Islamic approaches of moderation through various practices promoted the Islamic identity and its own popular culture.  Nercha means the act of taking a vow, derived from the root Ner, a word with numerous meanings, including 'truth' and 'agreement'.  Several variants of the word clearly express the concept of offerings.  The Muslims used the term Nercha to designate the two fundamental aspects of the ceremonies, namely, first, the idea of a vow that reflects the central religious purpose of each Nercha, and, second, the ritualized respect of remembering and honoring a saint or scholar. The annual Nerchas in honor of Sufi scholars were Islamic festivals similar to the temple festivals like Nattu Utsavam, Kavilattam, Pooram, and Vela.  The difference is that Muslims worship only the One God and others worship the saints. The local festivals received much prominence because of this hybrid character.

The Nerchas developed into village ritual festivals celebrated by rural folks as a manifestation of a common culture and heritage. This special folk culture developed fraternity among the people, strengthening the message of unity and integrity.  The local Hindu community had always participated in the festivals of the Muslims.  Moreover, some of the performances using traditional drums and other types of equipment in these festivals were even played by non-Muslims.  The practical message of these festivals was nothing other than binding people together and incorporating Islamic culture as a means to overcome any alienation.

In some of the Hindu festivals, Muslim local leaders took part as supporters of the event.  For example, in many of the Teyyam festivals of northern Kerala, the ritual role as suppliers of salt and sugar is observed by the Muslims.  Shabari Mala the famous worshipping place is model of Hindu Muslim fraternity through the rituals in VaVar Mosques during their official pilgrimage.

The rituals and processions have a common culture with similar elements as the yearly festival of the region regardless of differing religious beliefs.  When we go deep into the nature of these festivals it is evident that the people’s aspirations and longings were to take part in the festivals and deepen their faith. These festivals were village celebrations by people from all walks of life and became part of the spirit of the land.

The Muslim festivals also share other important characteristics with the non-Islamic festivals, although they seldom rivaled the other traditional festivals. The offertory procession, the varavu, was an important part of the fest. The cultural performances at the Nerchas were great occasions to showcase the culture and art forms. Various performing troupes and singing groups made this festival a cultural event by integrating various art forms.  Through the canons and rituals of popular culture in the same socio-religious milieu commemorating great people both the Muslim and the Hindu communities preserved their social and cultural harmony.