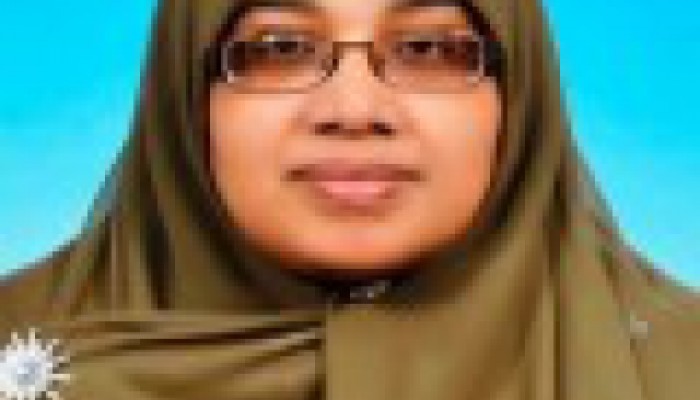 Religious Leaders as Peacemakers to Promote Unity and Harmony: The Malaysia Experience

It’s a common fact that throughout human civilisation, religious leaders have been commanding respect from the communities they live. In religious leaders, people find spiritual leadership, which is one of the important factors that causes people to follow religions in the first place. Religious leaders, provide firm and clear interpretations of the religious teachings so that the adherents of the faith will be guided on how to live their lives according to the values and principles as required by their religion. Malaysia's complex society has managed to build the nation without any conflicts and this must be maintained since after independence, the nation has gracefully braced the challenges in development of the nation without any conflict that could destroy everything.

The Malaysian government in realising the strength and role of the religious leaders in promoting unity, established the Committee for the Promotion of Inter-Religious Harmony and Understanding Amongst Religious Adherents (abbreviated as “JKMPKA”) in 2010. The Department of Unity has been entrusted with the task of facilitating the JKMPKA’s operations. The JKMPKA is represented by leaders from six religious organisations by faith, namely Islam, Christianity, Buddhist, Hindu, Sikhism, Taoism, and Baha’i. The establishment of the JKMPKA by the government is to establish continuous efforts towards strengthening the pillars and the social fabric comprising of multi-faith community to ensure the nation's harmony remained intact.

The objectives of the JKMPKA are, strengthening relationship among the multi religious communities; to encourage all faith based organisations to honour and adhere to the Federal Constitution, the supreme law of the land; to utilize mediation as an instrument in resolving religious and cultural issues and related matters and to provide a platform for the religious organisations voices to be heard by the government.

The JKMPKA, jointly with the International Islamic University Malaysia developed the inter-religious mediation curriculum to train the religious leaders in mediation skills to equip them with the necessary skills to resolve the skirmishes that arises in the society mainly from ignorance of the different religious practices and miscommunication.

Mediation has proven to be an important method to bring an end to disputes as it offers various benefits, as the process encourages the disputing parties to exercise ultimate right to speak in resolving dispute; promotes cooperation between parties; saves time and cost; assures confidentiality of all communications during negotiation that enables the parties to speak freely; help preserve and improves relationship of the parties; does not aggrieve any parties despite failure to obtain any resolution because justice remains preserved when the dispute is brought to court; and most importantly very often results in a mutual and amenable resolution decided by parties themselves.

All these benefits are essential to resolve religious skirmishes that is mainly caused due to lack of understanding of the values and practices of the adherents of the various religions in Malaysians. This will definitely help resolve religious issues which is intertwined with community issues without going to court.

Objectives of the inter religious mediation programme are to:

·       promote the understanding of peaceful coexistence between religious groups in Malaysia.

·       identify and understand the root causes of religious conflict and provide possible solutions to such conflicts.

·       study the psychology behind religious violence and addresses its root causes with special reference to spirituality, peaceful co-existence and application of related religious injunctions.

·       equip the participants with the necessary skills and ethics of mediation with special focus on interfaith disputes.

The Certificate in Inter Religious Mediation programme is inspired by the move to cultivate a more learned attitude and aptitude to deal with conflicts among people of different religions in Malaysia. Designing faith-based mediation curriculum is a complex process that dynamically integrates three dimensions, the technical aspects, involving knowledge and skills for the mediation process; the humanity aspects, which is based on the ability to recognize personal, emotional, and relational elements in the conflict, to promote better understanding between the conflicting agents and foster solutions seeking; and the transcendent aspect, which relies on the religious belief system and pursues divine intervention into the dispute to move the parties from conflict to reconciliation and peace-making. The program focuses on building understanding and respect between people of all faiths to work towards a promoting a cohesive society where all faiths are not only tolerated but where individuals are respected and diversity is valued and celebrated. It is important to equip leaders of the different religion adherents to engage with each other and the wider community is an important aspect for reducing conflicts. Towards achieving this, it is essential for religious leaders to be equipped with knowledge, skills and tools for conflict prevention, mediation, transformation, and peacemaking.

The first batch of religious leaders completed their training in 2018 and is now able to assist with dispute resolution using the mediation techniques they have acquired.