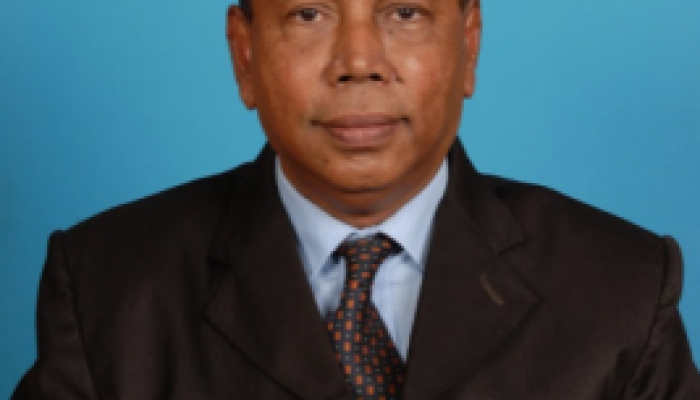 Historical Precedents for Integration of Muslims in Sri Lanka

I am trying to identify some historical precedents why and how the Sri Lankan Muslims had been largely successful in integration issues in the context of a heinous outbreak of violence unleashed on the last Easter Sunday, i.e. 20 April 2019 by a handful of alleged Muslim extremists against the Churches and International hotels. The violent events shook the foundations of national integration that existed between the communities for more than a millennium in the past. However, Sri Lanka is a resilient nation because the people of the island did not to let their social fabric to be torn apart by similar if not worse crisis that took place hitherto due to local ethnic tensions.

According to the 2012 census of Sri Lanka, the Buddhists constitute 70.1% of the total population along with Hindus 12.6%, Muslims 9.3% and Christians 7.6%. Among the Muslims the Tamil-speaking Moors are the largest group (about 95 percent) while others came as colonial imports since the 17th century including a small minority of ‘Malay’ Muslims and the Memons, Borahs, and Khojas from India who became collectively known as the Sri Lankan Muslims.

Historically Islam took roots in Sri Lanka since about the 10th century C.E.  As a strategically placed island in the mid -Indian Ocean, Sri Lanka, then known to the Arabs as Serendib, attracted all types of international seafarers and traders, especially the Muslim Arabs and Iranians and their South Indian progeny who were mainly engaged in trade. Unlike in the great North Indian Muslim empires founded by conquest, or local South Indian principalities controlled or influenced by Mughal or Deccan power, Sri Lanka never gave rise to a Muslim kingdom or polity.

The Sri Lankan Muslims had lived under strong Sinhalese patronage during several dynasties, until the arrival of the invading Portuguese who reached Sri Lanka in 1506. Unlike under the Sinhalese rulers, the Arab-Tamil Muslim community were persecuted for trade and religious reasons both by the Portuguese and Dutch colonialists in 1506 and 1656 respectively.  Despite heavy persecution the Muslim Moors clung to their faith, traditions and way of life. Fearing the extinction of their Muslim subjects, the local Sinhalese rulers provided a much-needed protective umbrella from the foreign colonialists. Thus, the Sinhalese rulers helped the Muslims to settle in many areas in their kingdoms especially in the Eastern coastland which have a large Muslim population now. Here the Muslims took to mainly agricultural pursuits turning Sri Lanka into a granary of the East.

In return the Muslims had helped the Sinhalese Rulers in their dealings with foreign governments including Zamorins of Calicut in India to promote export trade from the island. More importantly, the Muslims operated as transport agents for the produce of the Sinhalese to reach the market towns frequents by the Arab, Persian, Selangor and Indian traders. The Muslims also voluntarily took parts in the Sinhala Buddhist ceremonies usually held in their temples to accompany drummers and dancers during the annual Perahera (Religious procession events). These facts are well attested by a renowned Sinhalese lady Historian namely, Professor “Lorna Dewarajah” in her book title the “Muslims and the Kandyan Kingdom”. Above all, the Muslims specialists in indigenous medicine, especially Homeopathy, served as the royal physicians to the Sinhalese courts. Such were the historical bonds between the local Sinhala People and the Muslim settlers in the past. Rarely the Buddhist Sinhalese interfered with the practicing of Islamic religion including the building of mosques and setting up settlements and religious seminaries like Madrasas.

Under the British rule (1798-1948), the good will continued to thrive between the communities but not without problems. Under the colonial rule, the country’s majority Buddhists rightly or wrongly felt that they were losing their importance and the minorities including the Muslims were overtaking them in trade, education and other professional fields.  For example, in 1915 there was major anti—Muslim riots broke out mainly against the recently arrived coastal Moors who were ubiquitously spread out in the island by engaging in all sorts of petty trades.

The emergence of Buddhist nationalism during the 19th century challenged not only the colonialist domination but also the role of Muslims, particularly in the country’s trade. Nevertheless, the Muslims still were able to maintain a good balance of social and political life amidst the Sinhalese. The Muslim Statesmen joined the Sinhalese Buddhists in winning independence to Sri Lanka from the British rule in 1948. An outbreak of ethnic violence between the Tamils of the North and East who demanded a separate State changed the political landscape of Sri Lanka. After the defeat of Tamil LTTE terrorist groups in 2009 by the Sinhalese Government, the minority Muslims too came under several ethnic stress.  The Sinhalese fear of an extreme form of Islam preached by some radical Muslims has now become a major disturbing issue in the country’s politics and governance.

All indications are that the Muslim politicians, professionals, and working class and others love to continue their harmonious living as good neighbors in Sri Lanka with the Buddhist majority. They have opened up their mosques and institutions for public viewing unlike before and participate avidly in Buddhist-Islamic ideological discourse.  As a minority, the Muslims have to tread a fine line of not overly exciting the majority population of the Sinhalese by ostentatious living and behaviors. The Muslim politicians in particular have to take extremely careful steps in maintaining a good equilibrium in Sri Lankan democratic polity. Whatever it takes the onus is on the Sri Lankan Muslims to conduct exemplary living not only as good Muslims but as good nationals taking into care the sensitivities of other communities, especially the Sinhalese Buddhists. The fact that no major communal riots broke out as feared in the aftermath of the Eater Sunday violence which took away more 250 Sinhalese lives is a clear indication that there is much tolerance in the Sri Lankan community as a whole, and it is up to the Muslim community to devise ways and means to live among the Sinhalese majority population with understanding and cooperation. Future is still bright for the Muslims as they continued to live in harmony and integration as people of Sri Lanka in the past.