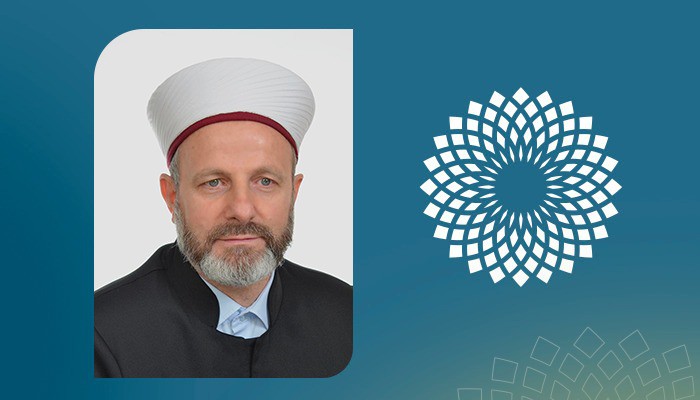 Among the daily Ramadan lectures, The World Muslim Communities Council organized, on Monday, May 3, 2021, a lecture entitled "The Most Beloved Deeds to Allah", in which Sheikh Dr. Giasiar Serif Damaroglu, Deputy Mufti and Professor of Political Science, A

Damaroglu said that the Islamic Sharia affirms that the Muslim has to work constantly, be initiator of giving, and that Allah loves the work characterized by continuity, even if it is a little. "One of the favorite actions in the Qadr Night is to recite the Qur’an, to supplicate bt saying "O Allah, You are Forgiving and love forgiveness, so forgive," he added. Dr. Damaroglu enumerated some of the advantages that accrue from always good deeds, such as making the soul accustom with good deeds, continuing obedience, increasing self-confidence and developing relationship with Allah Almighty. In addition, continuous good deeds are a source of comfort and reassurance for the human soul and the tranquility of the heart. He pointed out that righteous deeds is good in every time, especially in the holy Ramadan, stressing that if a person wants dignity in this world and the hereafter, he must be upright in obedience, as we have to plan for the life of the hereafter during our lives by being upright on the righteous deeds that bring us closer to Allah. It is noteworthy that the World Muslim Communities Council is an international non-governmental organization, headquartered in the UAE capital Abu Dhabi. It is considered a think tank to rationalize organizations and societies working in Muslim societies, renew their thinking and improve their performance in order to achieve one goal; The integration of Muslim societies in their countries, in a way that their members realize the perfection of citizenship and complete affiliation with the Islamic religion. The council seeks, through holding dozens of virtual conferences, seminars and activities, to localize the concepts of religious, ethnic and cultural pluralism, in a manner that preserves human dignity and respect for his beliefs, and establishes the values ​​of moderation, dialogue, tolerance and belonging to the homelands.