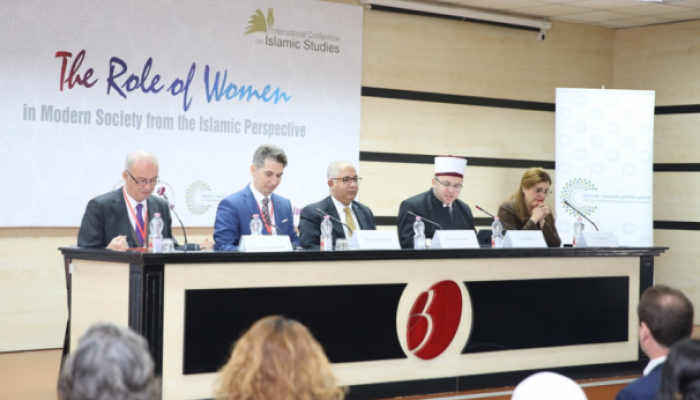 The World Muslim Communities Council in cooperation with the Albanian Islamic chiefdom and the Islamic studies department at Badr University, organized  the second International Conference on Islamic Studies (ISCON) entitled "The Role of the Muslim Women in the Renaissance of Albania - Opportunities and Challenges" on Thursday, 10 January 2019, in the Albanian capital city Tirana.

This event brought many scholars, imams, researchers, students of science and many other figures from different countries and cultures of the world together. They discussed the most important issues related to the role, rights and duties of women, in addition to the current major issues related to her personality from the Islamic religious point of view and the reality of community.

The Conference on "The Role of Muslim Women in the Renaissance of Albania - Opportunities and Challenges" seeked to achieve several objectives, including activating the role of Muslim women in the building of modern Albania and promoting the values of tolerance and co-existence in the Albanian Republic, furthermore, highlighting the role of the complementary relationship between men and women in creating a model community system and paying attention to the most important obstacles facing women's progress in their society.