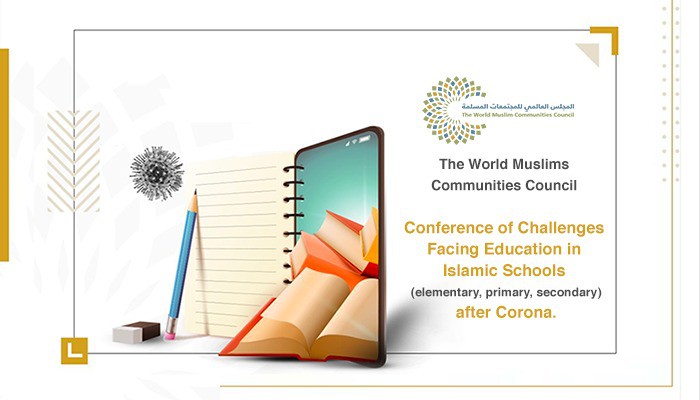 Virtual Conference: "Challenges of education in Islamic schools after Corona"

This virtual conference brought together about 40 speakers from specialists in Islamic education from different countries, where they talked about the experience of their schools during the outbreak of the Corona pandemic, and the implementation of distance education. The crisis has constituted an unprecedented turning point in the history of educational institutions, lead to resorting to distance learning during the government-imposed closure period to preserve people's lives.

The discussion in the conference revolved around several agenda and questions, including the possibility of finding approaches that can be implemented remotely and digitally, the time need to convert to electronic content and their cost, whether there is a teacher able to implement distance education and institutions capable of training teachers, the technological infrastructure that all learners have access to in order to ensure that everyone has the same educational service, in addition to knowing the possibility of teaching religious skills from a distance with the lack of direct interaction, the model and role models in the time of losing the direct link between teacher and the learner, the ability to rely on remote evaluation in religious issues and the danger ​​of fraud, lying, and plagiarism, and how to control them within the existing value and ethics systems.

In his opening speech, His Excellency Dr. Ali Rashid Al-Nuaimi, Chairman of the World Muslim Communities Council, welcomed all the participants, stressing that the Corona crisis created a new climate for us in the field of education, while distance education also opened new field to creativity and communication with students. He stressed the need to deal with the challenge and use distance education as an opportunity to raise the level of education, benefit from the exchange of experiences between us, and learn from the challenges that confront us by creating new opportunities.

Al-Nuaimi directed the conference participants to search for the most effective mechanisms that continuously drive the educational process, enable students from Muslim societies to overcome the obstacles, and come up with a generation capable of mixing tools of distance learning and urban learning.

On his part, His Excellency Mr. Jihad Dib, Minister of Education and Skills in the Shadow Government, member of the Australian Parliament, reviewed the most prominent points of the Australian experience in the field of distance learning, and how to invest in electronic means that must be harnessed in all educational sectors. He indicating the need to engage in a world beyond Corona, which will undoubtedly depend on digital tools and social media.

Sheikh Dr. Salim Alwan, Secretary General of Dar Al Fatwa in Australia, member of the World Muslim Communities Council, praised the efforts made by the Council, and permanent care for Muslim society’s issues, which have a major role in serving Islamic schools in Australia. He stressed that the solid foundation of schools made it able to continue education despite Corona's challenges, calling for the preparation of an electronic platform that brings together Islamic schools, and training workshops to develop teachers ’skills and raise job performance.

The speech of His Excellency Dr. Mohamad Bachari, Secretary-General of the World Muslim Communities Council, confirm the message of the Council and its goals, and implementation of yhe recommendations of its founding conference, to activate the Council’s strategy approved by the General Secretariat (December 2019), which called for the necessity of upgrading the role of educational institutions in the light of the temporal and spatial conditions imposed on Islamic institutions, put forward recent initiatives to overcome the effects of this pandemic in the educational sector, and find appropriate tools to continue interaction with its approved methods.

The Secretary-General called for the development of a global, electronic and participatory platform between all Islamic schools to provide support, whether at the level of educational curricula, or Islamic materials approved in these schools. He called also to exchange experiences and prepare teachers to deal with modern curricula in Islamic schools.

After extensive discussions and research presented, the conference recommended the following:

First: Continuing attention to issues of Muslim societies, especially in the field of education in Islamic schools.

Second: Thinking of finding endowments to support Islamic education and Islamic schools, to ensure their continuity.

Fifth: Working to launch a global, participatory platform from all Islamic schools, to coordinate among in the field of scientific and academic research, based on developing curricula in Islamic schools, each according to its country and needs.

Sixth: Forming a committee to follow up on the implementation of the recommendations.