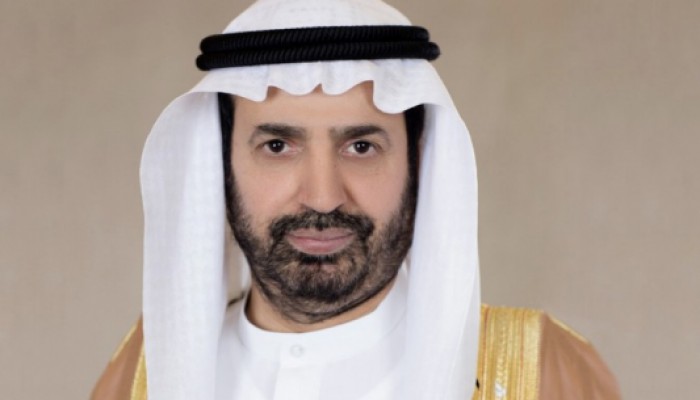 In cooperation with League of Islamic Universities.. The World Muslim Communities Council organizes a conference on the challenges of higher Islamic education and the Corona crisis on July 11

The World Muslim Communities Council, in cooperation with the League of Islamic Universities, is holding a virtual international conference entitled "Challenges facing Islamic Higher Education after the Corona Crisis", on Saturday, July 11, 2020.

His Excellency Dr. Ali Rashid Al-Nuaimi, Chairman of the World Muslim Communities Council, pointed out the importance of holding the conference in these circumstances after the Corona pandemic that affected the educational and educational process all around the world, stressing that Muslim communities are one of the basic components of humanity, whose institutions, colleges and universities have been affected by the repercussions of this pandemic. Therefore, the Council decided, in implementation of its objectives, to hold this international conference in partnership with League of Islamic Universities; In order to advance the career level of these institutions.

Based on the goals of the League of Islamic Universities chaired by His Excellency Dr. Muhammad bin Abdul Karim Issa, in pursuit of its mission, its Secretary General, His Excellency Dr. Osama Al-Abd said that the time has come for Islamic institutes, colleges and universities that scattered all over the world to think about new systems, and formats for education, especially distance education, which became a necessity after the Corona crisis.

He pointed out that Islamic universities in the Islamic world and in Muslim societies abound in competencies that are able to contribute to facing challenges. He explained that the importance of this conference comes from the fact that its organization is carried out by two large organizations and a large number of universities, with the participation of specialists from everywhere.

The conference consists of nine sessions, the first is "updating educational curricula in terms of topics and fields"; the second is "updating the university book to focus on the idea, approach, skill and critical thinking more than information and the subject"; the third entitled "qualification of professors and training them in modern educational systems in social, human and applied disciplines, whether in teaching or evaluation; while the fourth discusses "developing new assessment systems that rely on measuring mental skills, not cognitive achievement."

The fifth session comes under the title "Developing international curricula in terms of standards, and local one in terms of content and subject matter"; the sixth discusses "the development of unified courses in the agreed fixed subjects such as: the curricula of the Holy Qur’an, the prophetic Sunnah, doctrine and principles of jurisprudence, jurisprudential rules, and the reasons for differing jurists, Comparative jurisprudence and language sciences; the seventh discusses "benefiting from pioneering experiences and modern methodologies in social and human sciences in presenting Islamic curricula in a modern way that combines originality and contemporary, the eighth is entitled "Providing an international mechanism for training members of the training body to implement distance education using  media technologies", finally the ninth session is "activating the role of international institutions that concerned with coordination between universities, such as: the League of Islamic Universities and the Federation of the Universities of the Islamic World (FUIW)".

On the participatns, Dr. Nabil El-Samalouti, the commissioner of the conference committee of the League of Islamic Universities, expected that more than two hundred personalities will be participating in the conference, including ministers, university presidents and specialists from Islamic universities: Al-Azhar, Mohammed V in Abu Dhabi, AlWasl in Dubai, and Cairo Damietta, King Faisal in Chad, Bilad Al Sham University in Syria, Isra in Palestine, Alexandria, Emir Abdelkader University of Islamic Sciences in Constantine, the University of Jerusalem, Walcott University College in Iraq, the Modern University in Sana'a, Umm Al Qura University in Makkah, Darussalam Contour and Syarif Hidayatullah in Indonesia, Ibn Sina for Humanities, International Electronic University, Naval Academy, indicating that the conference will result in important initiatives as well as publishing the conference papers to benefit from the work of researchers and decision makers.

The scientific committee confirmed that all research would be subject to scientific review by a scientific committee chosen on normative bases to represent the different regions. It is explaining that it targets the participation of senior specialists from various Islamic countries and Muslim societies around the world; to come out with a global vision, programs and projects dealing with this pandemic and the future, with a scientific methodolo